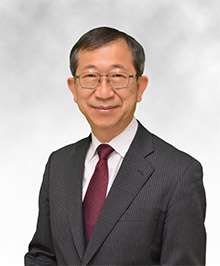 
A Leaders’ Communiqué on the G7 Summit Meeting that was held in Elmau, Germany, was issued on June 28. The war in Ukraine was the central theme of the meeting, but climate and energy were also major themes deeply related to the war in Ukraine.


Sanctions against Russia were thoroughly discussed, with the idea of a price cap for Russian oil hitting the headlines. In theory, the price cap could reduce the oil revenue of Russia while ensuring access to Russian oil by the emerging/developing economies at an affordable price level. While the idea is still under consideration, several issues, including the design of its structure, need to be addressed before deciding.


To have an impact on Russian revenues, the price will need to be set at a much lower level than the current market price for Russian oil, which is reportedly already about around $30 a barrel cheaper than the international oil market price. The emerging/developing economies would be happy to buy cheaply if they can obtain the necessary oil. The problem is whether Russian suppliers would be willing to sell at or below the price cap. To secure oil at cheaper prices than the prevailing international market prices, buyers from the emerging/developing countries would have a strong incentive to pay above the price cap. Thus, an enforcement mechanism is essential to ensure compliance with the price cap.


This is why the Communiqué mentions “a possible comprehensive prohibition of all services, which enable transportation of Russian seaborne crude oil and petroleum products globally, unless the oil is purchased at or below a price to be agreed”. But this would not cover oil transported through pipelines and other non-seaborne means nor would it include seaborne oil not using Western services, such as insurance and shipping. As parties can also find ways to send funds in excess of the price cap, the enforcement mechanism is bound to have some holes.


There are also technical challenges. To prohibit the necessary services, the price of the cargo, i.e., oil (specific price level rather than just a formula), would have to be determined upon before shipping takes place and it would have to be verifiable. Based on our knowledge, this may not be the case for many oil shipments and transactions even in ordinary circumstances.


A more serious problem would be the possibility of the Russian Government forbidding the sales of oil at or below the price cap. This would hurt Russia for sure, but it would hurt the emerging/developing economies as well. Russia may be able to absorb the lost sales by tapping in its reserve, while the emerging/developing economies which cannot access the cheaper Russian oil could face strong domestic anger against rising energy costs. As the emerging/developing economies would have to instead procure from the international oil market, the international oil market price would further rise, adversely affecting the global economy. The question is, between Russian and the West, which side can withstand the various costs of the confrontation longer. In a chicken game, unfortunately, autocratic regimes often have longer time horizons than democratic countries.


So, what can be done? Price caps would depend on Russia’s willingness to sell at or lower than a set price. As this is the inherent weakness of price caps, we will probably have to design a measure which does not depend on the willingness of Russia. In this regard, I personally believe that a mechanism to limit the quarterly level of imports of Russian oil by emerging/developing economies within the level of last year’s quarter, backed up by the prohibition of services if Russian oil exports exceed such levels, could be a possible alternative to a price cap. This will reduce the oil revenue for Russia as Western companies refrain from procuring Russian oil and the procurement by emerging/developing economies is kept within last year’s level. This will also allow emerging/developing economies to continue buying cheaper Russian oil as long as the volume is controlled.


If this mechanism is successful, the export of Russian oil will shrink significantly. To avoid another price hike in the international oil markets, significant increase in the production of oil by non-Russian producers to offset the decline in Russian production, especially by Saudi Arabia and UAE would be essential.


Another challenge would be the monitoring of the import volume. The Joint Oil Data Initiative (JODI) created in 2002 which covers 90% of global oil could be helpful for this purpose. Cooperation by importing countries to provide accurate data would be important in this regard. In the absence of such a cooperation, the participating countries would have to develop a system to monitor the level of imports by gathering information from insurance and shipping companies. A less accurate system could also be developed, as an alternative, which would require the insurance coverage and the shipment of Russian oil export by each insurance company and shipping company to be kept within last year’s level.


A system based on quotas does have its own challenges. But in the long history of trade measures, quota-based measures have been more effective than price-based measures.


The communiqué pledged to “end new direct public support for the international unabated fossil fuel sector by the end of 2022”. The Communiqué allows for exceptions and is explicit that “publicly supported investment in the gas sector can be appropriate as a temporary response”.


By these exceptions, public finance to support the development of non-Russian source of gas and LNG as well as to help investment in LNG receiving terminals to import non-Russian LNG can be justified. This is a major improvement to the Ministerial level statement released last May, which was not clear on this point.


But it is still not necessarily clear if financing to support the transition from coal to gas in emerging/developing economies would be allowed. The Communiqué allows exceptions for “limited circumstances clearly defined by each country consistent with a 1.5℃ warming limit and the goals of the Paris Agreement”. As I believe that the transition from coal to gas is one of the major pillars of emerging/developing countries to reduce GHG emissions, such projects which are integrated into their national strategies to decarbonize should be financed.


In this regard, assisting emerging/developing economies to develop such strategies will be important. I also stress the importance that multilateral development banks (MDBs) and the private sector financial institutions provide finance for projects which are consistent with such strategies. Without the reduction of GHG emissions by the emerging/developing economies, global carbon neutrality cannot be realized. We need to recognize their unique circumstances and ensure the realization of their process towards carbon neutrality by providing financing for projects which are important elements of their decarbonization strategies.


The Communiqué stated the goals to establish an open and cooperative international Climate Club by the end of 2022. The development of the terms of reference has been delegated to relevant Ministers.


There are positive elements described in the stand-alone statement, including the importance of inviting major emitters, the need to be consistent with international rules, and the need to be open, inclusive, and cooperative. The emphasis on the industry sector is also appropriate considering its hard-to-abate nature and its impact on global emissions. Joint efforts to strengthen emissions measurement and reporting mechanisms are also important.


At the same time, ambiguity remains surrounding the concept of “countering carbon leakage”. This may imply the introduction of trade restrictive measures like the EU CBAM (Carbon Border Adjustment Mechanism) by a larger group of participants. While the purpose of CBAM is understandable, it has the potential of proliferation and of restricting trade which has been the engine of growth for the world since the end of World War II. Already, the European Parliament has proposed to expand the scope of CBAM beyond the five sectors which were in the original proposal by the European Commission. How to balance environmental policies with trade policies need to be thoroughly discussed to avoid introducing trade restricting measures aimed to achieve environmental purposes. It should be noted that the WTO has been called to participate in the process. It is strongly hoped for the WTO to champion the importance of trade liberalization and to develop the discipline to balance environmental concerns with the expansion of trade. But at the same time, countries which have benefited from trade liberalization and have a stake in the economic growth of the world also have the special responsibility in leading the discussion and in developing the necessary discipline. The Climate Club should not be an initiative leading to the contraction of global trade in the name of “addressing carbon leakage”.

I would like to conclude this message by introducing the 43rd International Association for Energy Economics (IAEE) International Conference. Starting at the end of this month, IEEJ will co-host the 43rd IAEE International Conference in Tokyo, Japan. While the world pursues carbon neutrality by mid-century, the global energy environment is becoming more and more complex due to increasingly unstable geopolitical conditions, such as Russia’s invasion of Ukraine, combined with unforeseen technological progresses. With the participation of nearly 600 distinguished experts on energy and economic issues from around the world, we believe that this international symposium is therefore very timely and should be of interest for everyone.